Kuenta i Tambú will be performing during Glastonbury in England, one of the largest music festivals in the world. “The festival is visited by approximately 170.000 people, more than the total population of Curaçao,” stated Roël Calister, lead of the Curaçao-Aruban formation. “When we heard the news, we shrieked with joy. People from Curaçao residing in London informed me that they already bought a ticket.”

The program includes other big names such as Radiohead, Kate Perry, Ed Sheeran, the discoformation Chic as well as rapper Shaggy. 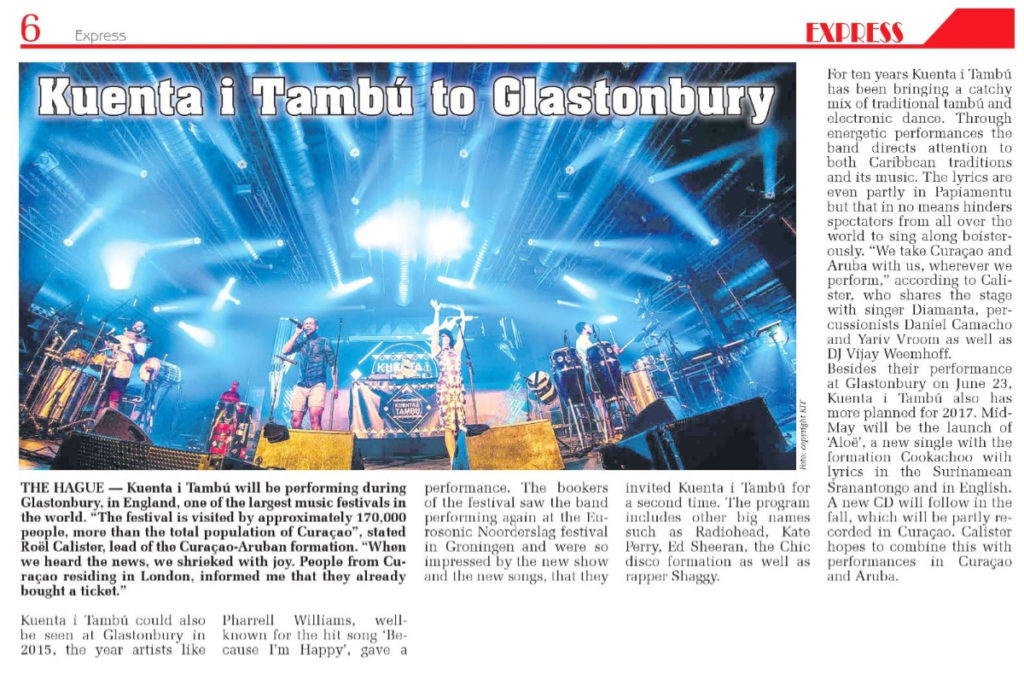